What Does the ISRA Do for Me?

The ISRA was formed in 1903 primarily as a Civilian Marksmanship Training organization. Once in a while ISRA gets a call or letter asking “What’s the ISRA doing for me lately?” Here’s a short list of how the ISRA is constantly working to protect the rights of ISRA members and gun owners across the state: 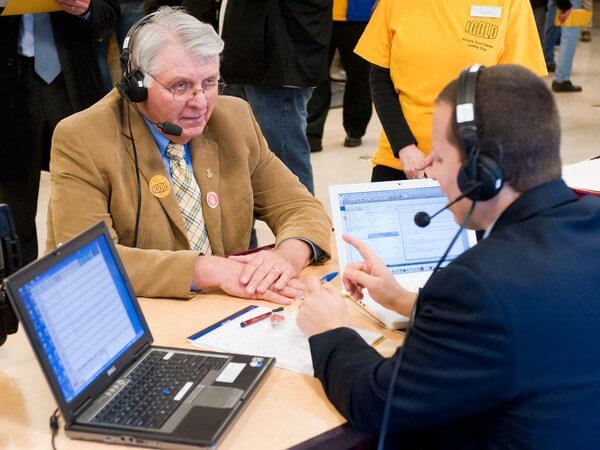 The ISRA is the leading firearm education organization in Illinois. We coordinate and promote classes and training from dozens of other instructors throughout the state in addition to our own programs. This helps put trainers in touch with firearm owners and potential firearm owners ensuring that quality instruction is always convenient. In June of 2016, the ISRA hosted its Annual Open House at its world class shooting range outside Kankakee, IL. Over 2500 people were trained in the safe use of firearms that day with both classroom and practical instruction.

Fights for Your Rights 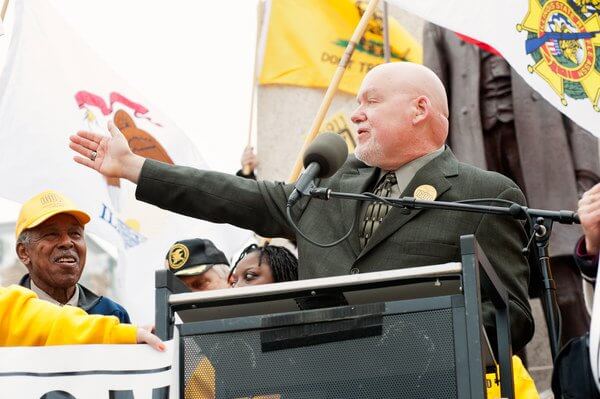 Each year ISRA reaches out to other pro-firearms rights organizations, bringing them and thousands of our own members to the state capital to lobby their legislators. In addition to providing busses for transportation, lining up venues and guest speakers, we give instruction on the process of passing a bill, and how to influence their individual legislators towards their own position. In 2010, 2011 and again in 2012 the number of people turning out for IGOLD, Illinois Gun Owners Lobby Day, was near 7000 people. These are folks that felt strongly enough to take the day off of work to travel to have their voice heard by their legislators.

In 2008, the ISRA, together with other state firearms associations, filed an amicus curiae (“friend of the court”) brief on the DC v Heller case that went before the Supreme Court. Oral arguments were heard on March 12, 2008.

On June 26, 2008, within the hour of the Supreme Court ruling in favor of Dick Heller in DC v Heller, the ISRA filed suit in federal court against Chicago’s handgun ban and heavy-handed registration requirements. The ISRA was joined in this suit by four ISRA members and the Second Amendment Foundation. Lead attorney in this case was Alan Gura, who was also the lead attorney in DC v Heller. The case was McDonald v Chicago.

On June 9, 2009, the petition was filed with the United States Supreme Court to hear the ISRA’s suit against Chicago’s handgun ban, McDonald V Chicago. The US Supreme Court has now heard the case, and on June 28, 2010 issued its landmark decision striking down Chicago’s 28 year old ban on handgun ownership and finally, incorporated the 2nd Amendment to the states ensuring an individual’s right to keep and bear arms throughout the country.

The ISRA has consistently lead the way in opposing the ISP’s, (Illinois State Police), stubbornness on FOID administration, with regards to illegal delays and denials, including their move to deny FOIDs for those under 10 years old. Today, the ISP is once again following the law and issuing FOID cards to applicants, regardless of age. When the Associated Press asked for FOID holders’ personal information, the ISRA sued the Illinois State Police and Lisa Madigan, Illinois’ Attorney General and won a temporary injunction against the release of that information while it’s lobbyists worked and got passed legislation that protected this information. The finality of the court case resulted in a permanent injunction against not only the FOID information, but the FTIP information as well, adding two barriers to the future release of this information. So the seriousness of this isn’t lost, in N.Y. state this information was not only released, but a newspaper printed it recently in an effort to stigmatize the gun owning community. Reports of burglaries are already coming in…

The ISRA has an Attorney’s Referral System in place to help assure that gun owners have sound legal representation from attorneys that know firearms laws and are up to date on the latest legislative and judicial decisions. This is now run under our sister organization the Illinois State Rifle Association’s Legal Assistance Committee, an IRS approved 501-c3 charitable organization. Donations to the ISRA – LAC are tax deductible. (Donations to the ISRA proper, a 501-c4 not-for-profit, are not).

The ISRA holds town meetings to help local gun owners meet and defeat the high handed tactics of local governments. We also send out email alerts, post on our Facebook page and tweet timely information crucial to staying in the fight for your rights. Unfortunately, snail mail is not as effective as it once was and as the war against your rights heats up, we need to be able to contact you on a moment’s notice when action is necessary. The Illinois Legislature need only give one hour notice before calling a bill… that’s not much of a window for counter arguments.

The ISRA maintains four lobbyists in Springfield to protect the rights of gun owners in Illinois. The 2017 legislative session is upon us now.

Currently the ISRA is active in at least 3 major suits on behalf of firearm owners’ rights here in Illinois.

Wilson v Cook County seeks to overturn the Cook County Assault Weapons ban of 2006. This case twice been before the Illinois Supreme Court. ISRA funded, and now back in the Chancery Division of the Cook County Circuit Court.

Ezell v Chicago seeks to overturn the Chicago ban on shooting ranges, training on which is required in order to comply with the current Chicago Firearm Registration Ordinance. This case is back in Federal District court after the 7th U.S. Court of Appeals handed Chicago a lambasting decision. ISRA is a plaintiff.

Shepard / Moore v Madigan, the 7th U.S. Court of Appeals has found that the Illinois total prohibition on the carry of a defensive firearm outside the home is unconstitutional. They stayed their decision on 11 December 2012 for a period of 180 days in order for the legislature to pass a law allowing carry. The recent weeks, Illinois Attorney General Lisa Madigan as asked the 7th U.S. Court of Appeals for an en banc review of the decision. If granted, the original decision will be thrown out and the full panel of Justices will review the case and issue a new decision. We should know by early February if the court decides to take on the review or not.

As you can see, we have come a long way since our beginnings and we are still in the forefront fighting for freedom. If you believe in personal freedom and want your children to have a fighting chance to taste it, you should join the Illinois State Rifle Association. We would like to have you as a member. You have made the right decision by joining the ISRA. We hope you will go out of your way and recruit other members that you know will have the same ideals and goals.

What are you doing to help the ISRA advocate for you?

Help out the ISRA by joining, if you’re not already a member. If you are a member, get your friend or neighbor to join.

And membership dues only go so far, lobbyists are expensive to feed! Please make a legislative donation.